Warp Stabilization is one of those significant assets inside Adobe Premiere Pro CC and After Effects which can be extremely worthwhile in situations where you urgently need to remove a camera shake or smooth out a camera’s movement to achieve the perfect stabilization of your footage. Selecting After Effects as your primary platform for using the Warp Stabilization probably makes more sense as it would give you more advanced options and overall better control over the process. As a rule-of-thumb, Method specifies the most complex operation, the Warp Stabilizer performs to effectuate the best results. The next video covers the rules the four different methods apply while processing the footage.

When you want to use the effect of After Effects, just right-click the layer in the Timeline panel and choose Warp Stabilizer VFX. The plug-in will start analyzing your footage in the background immediately.

This is how the following four methods process your footage. 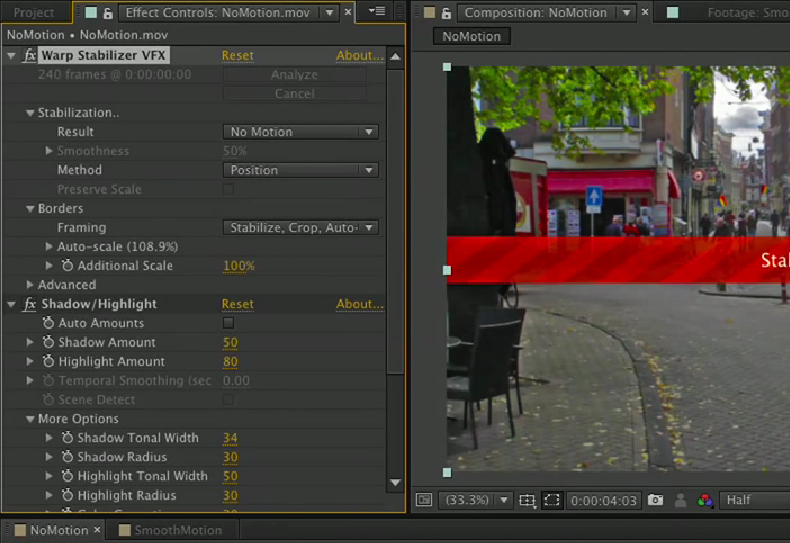 There is a staggering amount of situations where you can take advantage of the Warp Stabilizer, however, as we know well, the best executed, the most credible and future-proof effect is the practical one, so use the Stabilizer in situations where you really don’t have any other options available and try to stabilize your camera movement as much as possible while you are on set, not afterwards.