Major portable flash storage player SanDisk has launched new CFExpress memory cards for 4K raw video offering blazing fast read/write speeds of 1,700MB/s and 1,400MB/s to satisfy the needs of the next generation of 4K cameras and pro camcorders to be announced in the upcoming months.

Compatible with select XQD camera models, the new Extreme PRO CFexpress cards from Sandisk are to be available in 64GB, 128GB, 256GB, and 512GB capacities with pricing hitting the $600 mark for the 512GB version at B&H.

The smallest capacity 64GB CFexpress card from the lineup is priced at $150, but has been rated for a lower write speeds of “only” 800 MB/s compared to the faster higher capacity cards. The cards are expected to ship sometime in the Fall and there’s plenty if high expectations and speculation as to what new model cameras will be compatible with the new storage format. I’ve already written a post about what I think about the new Sony A7s III and CFexpress, which you can read more about here.

With IBC 2019 just around the corner, I expect this and the next week to be rather busy with new camera announcements from Sony, Canon and other manufacturers. The C500 Mark II and a new Sony FS7 successor camera being prime rumours at this stage, I fully expect both of these camcorders to record onto the new CFexpress Type B cards. 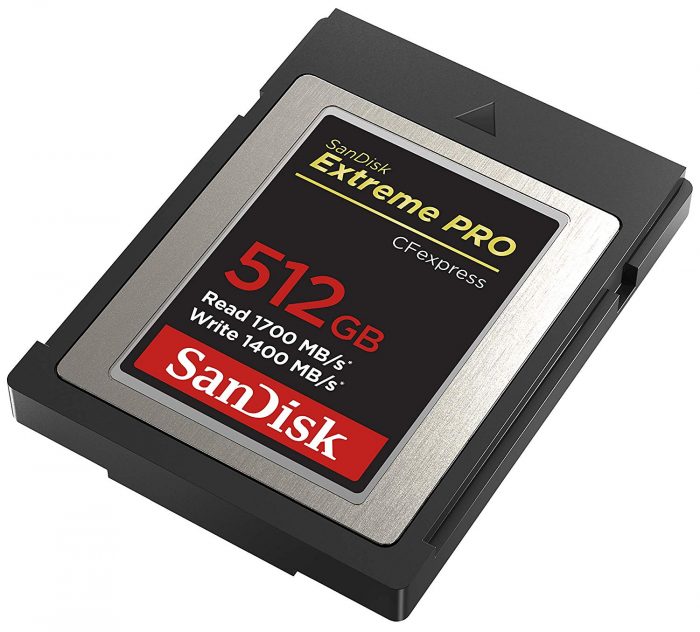 Further solidifying my expectation of such rumors is the fact the Sony are making their own Sony branded CFexpress cards, and you there ain’t no chance in hell that Sony would make a memory card without a corresponding camera to slot it in, right? If you are eager to get your hands on one of these new Sandisk Extreme PRO CFexpress cards, you can do so via the B&H pre-order links below: