Choosing one of these two programmes, Premiere Pro and Final Cut Pro X, comes down to a few key factors and also ignores the other NLEs that are available. That aside, these are probably the two most popular video editing platforms around so let’s compare and contrast with the guys from Motion Array Tutorials – who, by the way, produce and sell Premiere Pro templates which is just worth keeping in mind.

Overall, I think this is a well-considered and fair summation of the differences between Premiere Pro (PP) and Final Cut Pro X (FCPX). It is broken down into the following topics: Many of the topics shake out to be ties between to the two programmes as essentially they are very similar. There are a few areas where one has an advantage over the other, so let’s have a look.

If you are a PC user then you are not an FCPX user. Simple. FCPX is an Apple program and that’s it. PP can be used on either platform and moved pretty effortlessly between the two.

Everything seems to come with a monthly subscription fee nowadays and those bills add up. From Netflix, Spotify and Prime to production music and sound effects libraries, to the gym and pre-prepared meal boxes the number of hungry direct debits seems to constantly grow. Adobe is just such a debit.

PP is only available via subscription to the Adobe Creative Cloud. For me, this is a deal-breaker. I just hate to have a subscription to a service that, for whatever reason, I don’t happen to use that month. The programs within the Creative Cloud mount up in price and while they update regularly and the system is efficient – it is expensive. FCPX is a single, one-off payment and in the many years I have used it, the updates have been free. Over a few years, the savings will be significant. Will they be offset by the price of the Mac vs the PC? Perhaps.

This is where it becomes subjective. FCPX looks and feels like an Apple product. It is designed for smooth, simple and intuitive operation. It is quick and well organised and looks friendly. PP is more flexible and customisable. It looks more complex and like a computer.

FCPX will be a softer landing if you are jumping into video editing for the first time or progressing from a more basic NLE. PP will give you more options for setting up your edit just the way you want it.

This is, in my opinion, the biggest difference between FCPX and any other NLE program. When Apple launched its magnetic timeline it caused a schism in the editing world. Some hated it and some loved it. My experience is similar to many others – at first, it drives you crazy but after a few days, anything else feels like editing on a spreadsheet. Getting beyond that first feeling of frustration can be too much for some but to really compare the two, it’s essential.

FCPX wins this category as it really is a rock-solid program that in my experience rarely crashes and when it does, loses hardly any work due to its constant saving procedure. It also benefits from the software optimisation that Apple is famous for, building the software and hardware to work together. FCPX handles files and media better and background rendering is a big time saver when implemented properly with your hardware. FCPX did seriously lack in this department but recent updates have addressed this issue and now there is really nothing between these programmes. Both do a great job.

Within both programs, you will be able to edit audio to a high standard. Perhaps PP caters more for the expert user where FCPX tends towards the simplistic, but again, nothing between the two.

This is a clear win for FCPX which benefits from background rendering, so no more nipping away for a cup of tea while the render bar creeps across the screen. 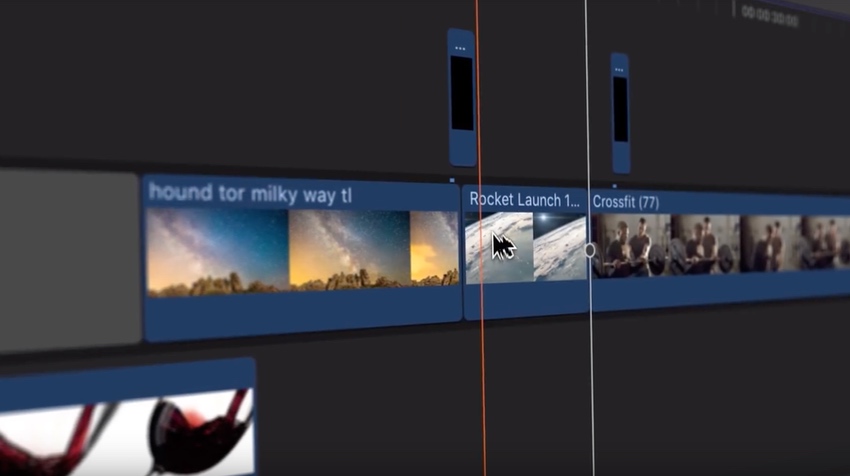 Thanks to all this lovely rendering, FCPX exports faster too.

PP works seamlessly with the other programmes within the Adobe Creative Cloud Suite and this is a big deal, especially if you use AfterEffects or Audition. Apple offers similar solutions in Motion and Logic but they do feel less tightly integrated. Working within a team is also easier with PP where the library organization system can leave FCPX editors isolated.

This question is a trigger for me. I have often had to smile politely while an, often older, editor explains to me that FCPX is just “iMovie +” and not for professionals. The big FCPX update and move to the magnetic timeline bothered a lot of people but FCPX is now a fully functional, powerful editing solution.

PP is a fantastic NLE and its rightly incredibly popular. It keeps the traditional style and gives users flexibility, customisation and team-work options all while integrating other popular programmes.

So which is right for you? If you are on a PC then it’s PP. If you are on a Mac then I would say that FCPX has a lot of benefits. It’s partly a brand loyalty decision that includes elements of pricing, philosophy and even the phone you choose. And it’s partly function and preference; but what it is not is the determining factor in the quality of your edits.