When you really, really, really, really, REALLY want to like someone or something you put yourself through this awful game of trying weigh the positives against the negatives. Can you look past the fact that the person of your dreams is a con artists, or comes along with a conjoined twin that you just can’t stand?

If you’re reading this, you know by now that the Canon EOS R5 comes with a bit of baggage. The scandal that is brewing over it’s overheating issues will probably keep this rather expensive DSLR out of the hands of the masses, but that doesn’t mean it could be a perfect match for you.

Matti Haapoja has put the EOS R5 to the test in a socially responsible, and distanced way to see if you can live with two of this amazing cameras tragic flaws.

In life as well as in photography, we tend to only see things in a two dimensional and superficial manner.  We see what we want to see, and the 8K sticker on the side of the EOS R5 really stands out.

But as we start to peel away the onion, and look at this beautiful camera not as an amazing cinematography tool but as a set of compromises, we start to feel a little disappointed. Matti Haapoja does a great job of trying to look on the positive side but if having to stick your $3,899 camera inside a refrigerator every 20 minutes so you can continue shooting isn’t a red flag, I’m not sure what is.

Let’s have a look at Matti’s overheating test results: (All of these tests were done at room temperature, after a cool down in the fridge)

What we’re seeing here is very consistent with the results released by Canon which, at least, gives us the confidence that they are being forthcoming with this issue. They brought this issue to everyone’s attention prior to release, and I think we can all be thankful they didn’t try to bury it under the rug. As Matti points out, however, when he first got the camera in his hands, he ran off to shoot a scene in a hot car, and the camera only lasted 9 minutes.  I’ve read other reports that the camera will also overheat for video if you’re shooting stills rapidly for a long period of time. Given the fact that this camera is prone to shutting down from overheating and refrigerators are too big and too heavy to carry around with you on a shoot, I can’t say I would recommend this camera as a dedicated video production camera despite it’s absolutely beautiful image. If you’re spending upwards of $4K on a camera for film and video work, you’d be better off with a proven all-in-one system like a C200.  Shutdowns are not something you can afford to have during a professional shoot, and very rarely have I ever had a client request an 8K deliverable.

Since the sensor inside a mirrorless camera with IBIS is always moving, you can occasionally see a small amount of wobble in the corners when using a wide lens. 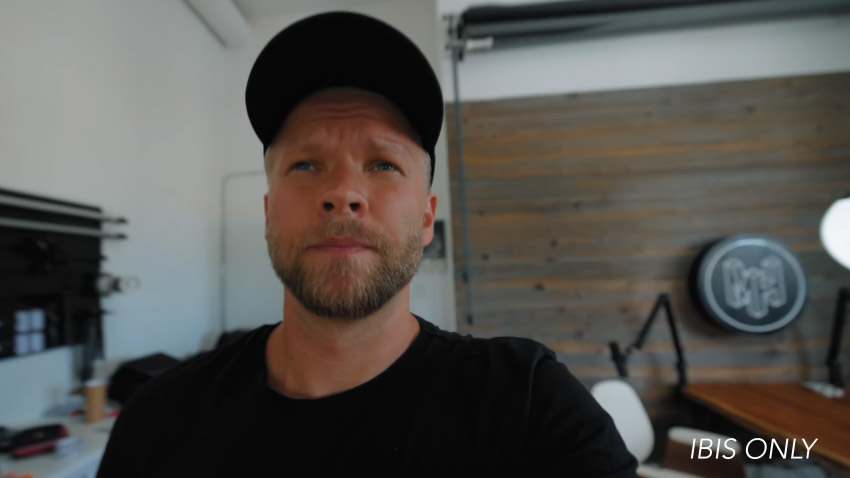 Unfortunately, this isn’t something I can illustrate in still photos so be sure to check out Matti’s test. Running this camera through a series of tests using the 3 image stabilization methods available with the camera, Matti proves that this is really a non-issue.   There is some but it isn’t really that noticeable. Due to the nature of the IBIS system, it cannot be turned off. There is some image wobble when using an ultra-wide lens and some of that can be further smoothed out by using the Sensor-Shift system in conjunction with lens IS.

What is particularly fascinating to me is that ALL stabilization methods work together, and although there is a bit of a crop the stability that you get looks to be fantastic!

It’s always good to give things a test spin and ask for some advice from a friend before jumping right in.  The images that we’re seeing come out of the EOS R5 are nothing short of fantastic, but if you’re a working professional who needs their equipment to be reliable then this isn’t the camera for you. Much to my astonishment, after writing my previous article regarding overheating with the EOS R5, Tilta released an active cooling system for the R5 with the hopes of increasing your run times.  As much as I like Canon and Tilta, this leads me to believe that this issue has been known about for some time.

The best thing Canon could have done would be to put an active cooling system in their camera, and given that Tilta knew about this issue early enough to engineer a solution before release is a clear indication that Canon doesn’t want the EOS R5 to impact sales of their higher-end C500 II or C300 III. It’s a shame, but maybe the EOS R5 Mark II will be even better.  If you’re a still photographer, you couldn’t ask for a better camera.