Home
Blog
The Best Cameras for Shooting Video in 2020

Even with the mess that was 2020, the year did bring us tons of great cameras. Seriously. If this was a normal year we would’ve been impressed with the number of quality cameras with outstanding video specs. We also got something from nearly every brand. Some brands went hard – think Blackmagic delivering 12K – and others, like RED, finally released some long-teased models. It was a memorable year to be sure.

If I had to identify a trend for the year, I think it was that cameras are getting smaller and more affordable. Not just the fact that we are getting big performance out of the latest mirrorless, the actually high-end cinema cameras Let’s get to the list! It’s not in order of best to worst, because arguably there were so many it would be hard to pick an actual best.

When Sony announced the a7S III everyone in the world said, “Finally!” Still, even with such a long wait, I think Sony managed to deliver on the ultra-high expectations.

To be honest, if they came through with just 4K60 and 10-bit I would’ve been satisfied, but we got new codecs, both intraframe (XAVC S-I) and HEVC (XAVC HS), internal 10-bit up to 4K120, a fully-articulating touchscreen, 16-bit raw output, a 759-point autofocus system, and even a revamped menu. It checked most boxes on Sony shooters wishlists and that deserves applause. 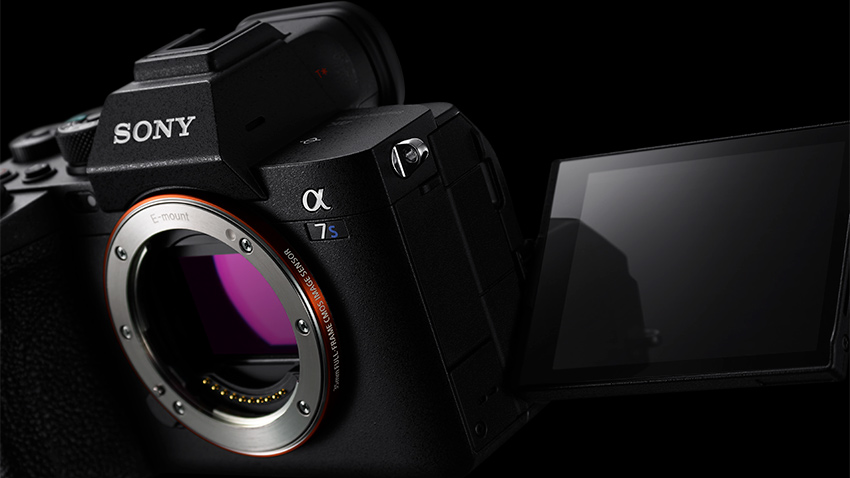 The EOS C70 was a surprise release from Canon, as it’s basically a brand new type of cinema camera form factor. Essentially a C300 Mark III, but, you know, mini, the key feature is that the C70 is the first cinema camera with the RF lens mount.

This allowed them to slim the camera down without giving up all the good features of cinema cameras, including a built-in set of ND filters.

Specs are excellent as well with a Super 35 Dual Gain Output (DGO) sensor for up to 16 stops of dynamic range, Canon Log 3, 4K up to 120 fps internal to SD cards, and Dual Pixel CMOS AF. Plus, Canon made their own Speed Booster adapter for making the most of full-frame EF lenses. The winner of most resolution goes to Blackmagic! With the URSA Mini Pro 12K they really did cross over into new territory. Assisted by their Blackmagic RAW format, this camera is able to deliver quite impressive 12K footage that won’t kill a consumer-grade editing PC.

Plus, the sensor uses a fairly unique RGB array that makes it better at delivering more manageable 8K or 4K files without taking a huge hit to overall quality. Blackmagic also kept the price in line with many other competing cinema cameras like they always do, giving more people access to high-resolution raw video.

After the a7S III a quick thought was, “What if they took that video tech and made it into a real cinema camera?” Sony actually answered that question with the release of the FX6. It takes the phenomenal 12MP BSI full-frame sensor in the a7S III and packs it into a compact cinema camera.

Now in addition to great video quality up to 4K 120p you have the electronic variable ND of Sony’s Cinema Line, S-Cinetone, timecode, professional inputs/outputs, XLR ports, and many more customizable buttons. It’s a great cinema camera for independent owner/operators or small productions. Additionally, it even compares well to the FX9 since it has things like raw output built-in. RED made a camera that is (relatively) affordable, has a global shutter, and shoots in 6K raw without needing a pile of required, separate accessories to get started. No, really, they did, and it is called the KOMODO 6K.

The cool part is the global shutter CMOS, which promises to give all the advantages of eliminating rolling shutter without the usual downsides of reduced dynamic range and image quality.

It’s also incredibly tiny, measuring in as a 4 x 4 x 4″ box. RED made sure it’s still a RED in terms of quality, too, by giving it REDCODE RAW in various flavors in 6K resolution shooting internally to CFast 2.0 cards. Making RED cameras more accessible can only be a good thing. The camera that put Canon Cinema on the map was the C300. Now on to the C300 Mark III we are seeing why the C300 had a lasting impact. First to use a Super 35mm Dual Gain Output (DGO) sensor, this camera was able to craft images with impressive dynamic range by grabbing data from both a high-gain and low-gain circuit simultaneously.

Canon also made it able to record slow motion in 4K up to 120p, gave it Dual Pixel CMOS AF with face detection, and offers Canon RAW Light – a major separating point between the C300 and C70. The first C300 was among the best cinema cameras in its class and the Mark III continues in that tradition. Another set of Canons made the list from their mirrorless division: the EOS R5 and EOS R6. We have to start with the R5 as that makes it seem like Canon is beginning to understand the shift in the market to high-quality video in mirrorless cameras.

They delivered great 4K downsampled from a 45MP full-frame sensor, but the real surprise was the ability to record in 8K raw internally. 8K. In a mirrorless. Unfortunately, it got mired in tons of unflattering press about overheating issues in these high quality modes, but it seems like Canon is addressing much of the issue in firmware.

Also, we are still talking about mirrorless and not some true cinema camera with proper cooling. Alongside the R5 was the R6, and this one deserves a lot of credit for being a highly versatile 4K-shooting mirrorless option that will honestly be a more appealing option for average users. Now the cheapest Netflix-approved cinema camera, the Panasonic BGH1 is a lot of good in a small boxy form factor. Perhaps taking cues from the successful Z CAM series of tiny cinema-ready cameras, the BGH1 does the box cam it with all the backing of Panasonic’s video team.

It takes the same 10.2MP MFT sensor from the GH5S and delivers the 4K 10-bit 60p video alongside pro video inputs and controls. Meant for installations, crash cams, or even a compact cinema rig, the BGH1 is an intriguing new pick for filmmakers and it’s Netflix approval means it might find its way onto plenty of serious film sets. Maybe not the biggest upgrade we have ever seen, but Nikon’s Z 6II and Z 7II fixed some specific gripes people had with the first-gen models. Examples of the upgrades are a change to a dual card slot design with one CFexpress Type B and one SD, full-time external power support via USB-C, Wide-Area AF with Eye Detect, and more.

Similar to before, the Z 6II is a more hybrid shooter with a 24.5MP full-frame sensor and the Z 7II opts for a 45.7MP sensor. Both also have 4K up to 60p after firmware updates and 10-bit is available via the HDMI output. The Z 6II is the better choice for video again as it has full-pixel readout and 273 phase-detect AF points. An optional upgrade will even add 12-bit raw output for ProRes RAW with the Atomos Ninja V. 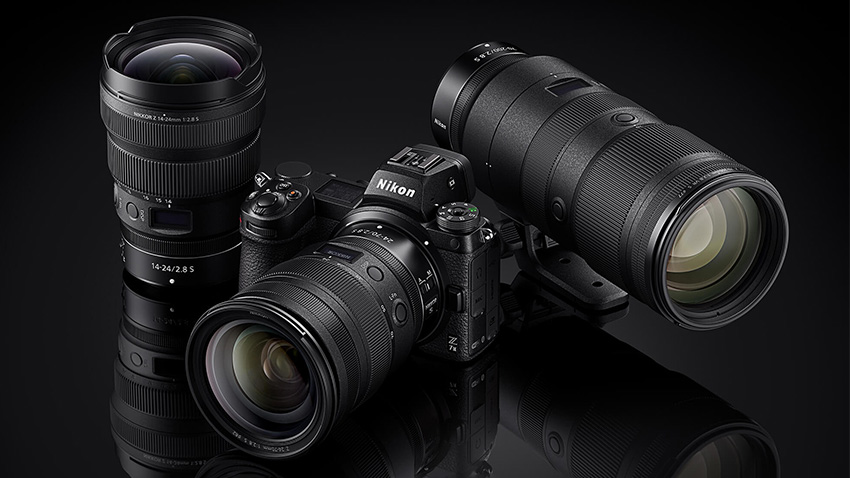 Full-frame for everyone! Panasonic’s LUMIX S5 not only brings the price down on their full-frame S series, it also makes it more compact. The S5 is actually physically smaller and lighter than the GH5, but it has a much larger sensor.

At launch, it actually seemed to be better for video than the S1 because it offered internal 10-bit recording for 4K 60p video and could output a 5.9k raw signal to a compatible recorder. Since then the S1 has gotten a firmware update, but it doesn’t take away the fact that the S5 offers similar video specs is a smaller, more affordable package. Almost forgot that FUJIFILM released the X-T4 in 2020, it came back in February and was a significant upgrade for video shooters. Firmly an APS-C system, FUJIFILM was able to take full advantage of the format and even added 5-axis in-body image stabilization here.

A 26.1MP sensor manages to pump out DCI/UHD 4K up to 60 fps and it can record in 10-bit with ease. Autofocus is solid as well thanks to a 425-point system One thing nobody else has is a collection of Film Simulations and the ETERNA profile has become a preferred option for filmmaking. It also nails the stills photography side as it is a spectacular hybrid option. Down at the bottom for a more honorable mention and to address the exploding vlogger market are the Sony ZV-1 and Panasonic G100. Coming out one after the other, these two 4K cameras are compact options and are amazing for those looking to jump into vlogging.

Admittedly, neither is perfect, but the ZV-1 wins as a great all-in-one compact vlogging camera and the G100 takes the crown in image quality due to its Micro Four Thirds sensor and how you can swap out lenses. What was your favorite camera of 2020?