With these just-announced firmware updates, however, both counterparts will become even more powerful cinema tools on set. Let’s take a look.

For starters, both the C300 III and C500 II get more anamorphic options. In addition to the 1.3X and 2X modes, Canon adds 1.8X de-squeeze mode as well. Besides that, the full-frame C500 MKII will now have new 4:3 and 6:5 resolution modes when using Cinema Raw Light.

The C300 III and C500 II users will also be able to limit the 12G-SDI output to 2K/FHD when recording in resolutions at 4K and above. This will allow compatibility from the SDI Out port with 3G-SDI devices. 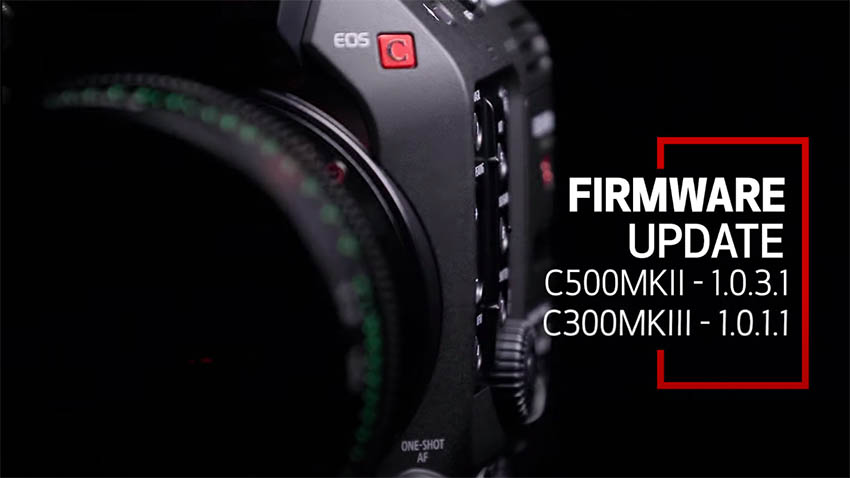 Both cinema cameras will also be compatible with Canon’s XC Protocol, which better enables them to be used in live productions and allows them to be controlled remotely via Canon’s RC-IP100 remote controller or via 3rd party controllers.

Additionally, both the Monitor Out & HDMI output on the EOS C500 II and C300 III will provide the option to be used simultaneously which will bring the total number of monitor outputs to three, thus increasing overall flexibility in production.

Other improvements include newly added 60p to 24p and 30p pull-down modes for live broadcast as well as a baked-in look with the Look File Function. Both Canon C500II 1.0.3.1 and C300 III 1.0.1.1 firmware updates should be released on July 30, 2021. For more information, head over to Canon’s website here.