Well here it is. Sony has just made their NAB announcements. It’s not too much, a bit boring unless you are a high-end broadcaster, but for those of us who were holding out for a new A7 camera or a new Super 35 4K camcorders in the PXW (FS5 and FS7 range), we only have some firmware updates for the FS5 and FS7 to cheer us up. You know, that Firmware version 2.0 for the FS5 that leaked weeks ago – the one we told you about here. Turns out it was actually true – the Sony FS5 will get 2K and 4K Raw recording through the 3G SDI port out to a compatible recorder such as the Odyssey7Q+ or Sony’s much more expensive AXS-R5, which requires expensive media and a special interface to be used with the Sony FS5, making the setup ultimately too expensive. Just go with an Odyssey7Q+ if you are an FS5 owner planning to get the Raw license for the FS5. 2.1. Sony FS5 and PXW-X70 can also get an optional 1080p MPEG2 422 50Mbps codec for integration with broadcast workflows and documentary productions. The firmware will be paid (separate license from the RAW Update) and cost around 500 Euros. Available in Late May 2016. 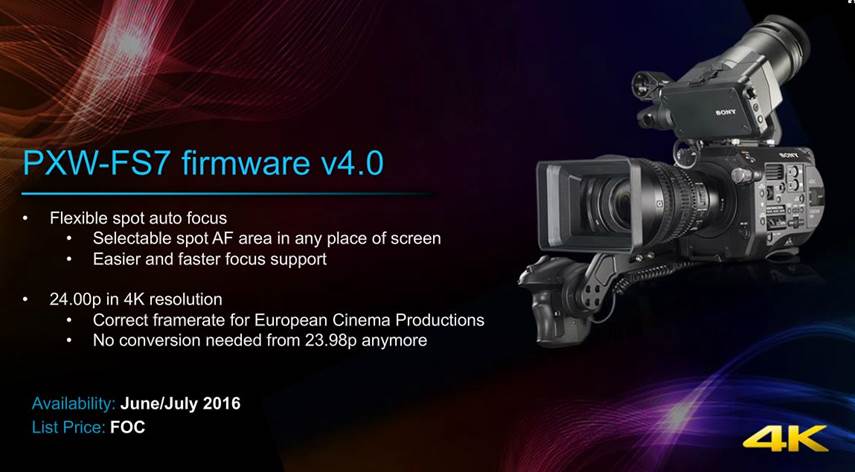