Among other newly added features and improvements, DaVinci Resolve 12.5 introduces major enhancements to the Node editor as well. Colourists can now quickly navigate between nodes, swap nodes, select multiple nodes with a lasso, copy node contents, extract nodes, use embedded alpha channels in mattes and more. Another exciting feature that might be extremely useful on multiple occasions is the ability to drag a saved grade from the Gallery directly to the Node editor as a single compound node or as a fully expanded node tree. Overall, these changes allow professional colourists to work even faster while also making it more intuitive for video editors that are learning how to use Resolve’s massive set of colour correction tools for the first time. Theo of Miesnermedia showcases the new functionality of Compound Nodes in Resolve 12.5 in the video below.

As Theo points out, Compound Nodes in DaVinci Resole 12.5 are similar in a way to Pre-compositions inside After Effects. In the previous version of Resolve 12 users have the option to apply Power grades to Node editor only as a node tree. Despite the fact that this workflow can be still useful, there are many occasions when you might not want to see these nodes scattered all over the place.

With Compound Nodes now you can control drag the already saved grade directly to your Node editor as a single node. Moreover, you can now decompose those grades by right-clicking and navigating to Decompress Compound Node. Alternatively, you can select Show Compound Node, which automatically will open the compound node tree into a separate editor where you can make further adjustments. You can also Command+Click to select any number of nodes in the Node editor and then use the Create Compound Node command to nest all selected nodes inside of a single node. This is another great way to keep complex node trees neat and well-organised. This approach can also help you to build up a library of multiple grades and looks for your creative workflow quickly and effortlessly by eliminating the necessity to add lots more nodes to your grade later on. Another enhancement worth noting is the ability to change the opacity of each Compound Node. In the previous version of the software, you had to create a Layer Mixer after the already created tree of nodes. In Resolve 12.5 you can change the opacity of the Compound node directly by modifying a single setting.

Just head over to the Key Tab and change the Gain Setting. Overall, this function could be extremely useful for those of you who are used to create extreme grades and need to reduce the effect later along the line. 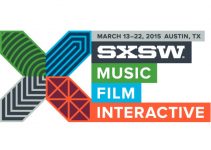