Ever since the Sigma 16mm 1.4 DC DN Lens was announced back in November last year, many folks have been wondering how does it hold up against its older sibling the Sigma 30mm 1.4 DC DN Lens. Since both counterparts share the same build quality and ultra-fast maximum aperture, it seems that the decision becomes even more overwhelming.

To put things into perspective, indie filmmaker Sidney Diongzon takes both lenses for a spin and compares them side-by-side in a series of tests. Before we jump straight to the video, it’s important to note that all the footage was shot in multiple locations using the exact same camera – the Sony a6500.

While looking at the image quality of the shots using both lenses, it’s safe to say that they produce identical results in terms of sharpness and detail. This particular outcome is expected since the lenses fall within the same product line and price range. Even though the focal length is different, the low-light performance is also on par as seen in the video as well as in the screen grabs below. Meanwhile, the optical design of both lenses makes use of several low dispersion and aspherical glass elements to control color fringing and various aberrations to provide high sharpness and clarity throughout the aperture range. Super Multi-Layer Coating has also been applied to both units to control lens flare and ghosting in strong lighting conditions. Additionally, these compact primes also incorporate a stepping AF motor for smooth, near-silent autofocus performance.

So, apparently, it all comes down to the visual aesthetics both lenses produce. If you’re predominantly shooting multiple landscape wide-angle shots or just need another robust all-around performer for vlogging, the Sigma 16mm 1.4 DC DN lens provides everything that you’ll need. On the other hand, if you’re filming more intimate or documentary-style footage, the Sigma 30mm lens would be the better fit as it provides a level of visual intimacy you can’t fully achieve with the wider 16mm counterpart. 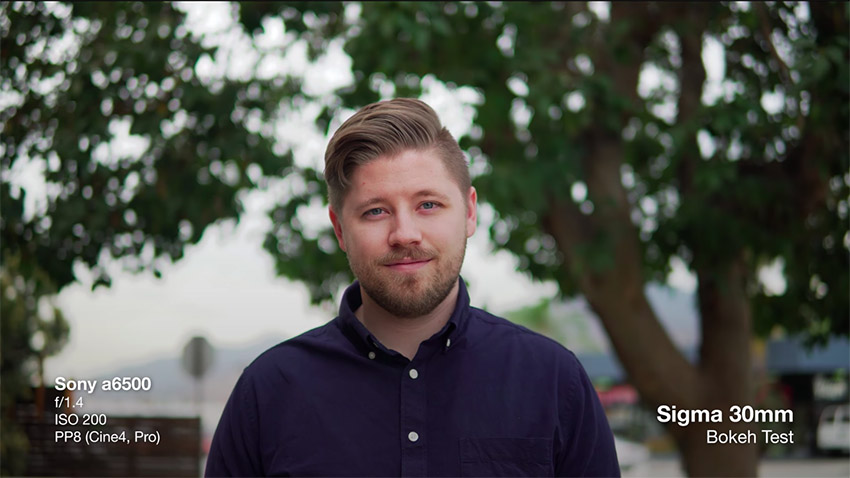 In case you are curious, Sidney Diongzon’s personal favorite is the Sigma 16mm 1.4 DC DN since the lens handles manual focus better than the 30mm lens. The focus ring on the newcomer seems to be wider and smoother whereas the 30mm showed some struggle when trying to pull focus manually.

What does your next project require and which lens will do the job for you? Let us know in the comments below.