The software developers over at Blackmagic Design have done some fantastic job in the recent years, especially with the latest iteration of DaVinci Resolve by turning the platform into the world’s first post-production suite that combines professional offline and online editing, color correction, audio post production and now visual effects all in one software tool.

One of the countless neat features introduced with the release of Resolve 15 (besides the Fusion integration itself) is undoubtedly the new Planar Tracking in the Fusion tab. Seasoned colorist Casey Faris unveils the true potential of this powerful functionality by showcasing how you can easily attach any 2D or 3D object to your footage.

To start off, bring your video inside of DaVinci Resolve and go to the Fusion tab. Next, under the Effects panel, find the Track tool and then select Planar Tracker. Drag the effect in between the MediaIn and MediaOut nodes. In a nutshell, the way the Planar Tracker works is similar to that of the tracker inside of Mocha Pro and Adobe After Effects.

In the Inspector panel, change the Tracker setting to Hybrid Point/Area. Make sure to set your playhead to the very beginning of your clip then draw the shape of the area you’d like to track in the preview window using your mouse. Afterward, hit the track forward button to analyze your footage and create keyframes for the track. 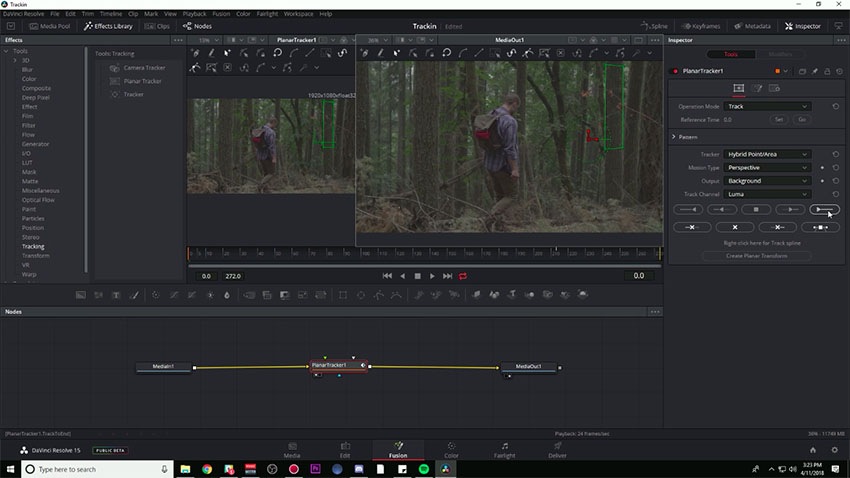 Once the tracking is complete, scrub through your clips slowly to check how well Resolve tracked your shot. If you see any errors, adjust the position of the track in the preview window. As a next step, click the Create Planar Transform button in the Inspector panel. This will create a node in your project called PlanarTransform. 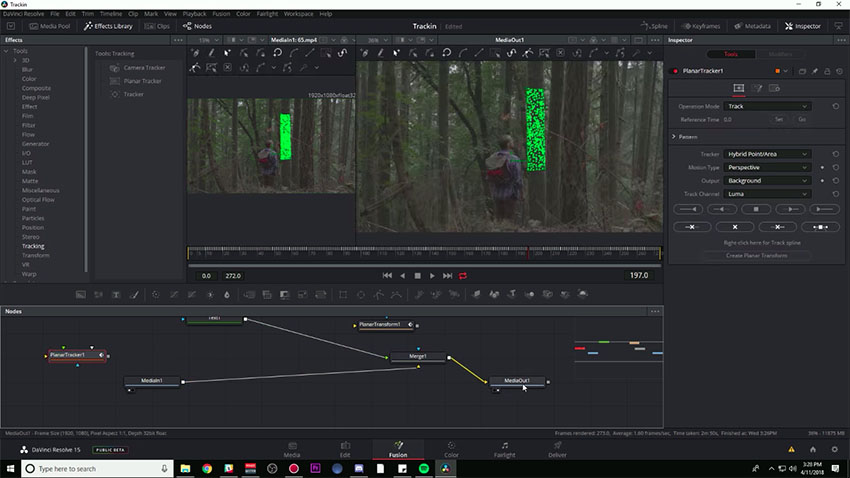 Next, edit the properties of your text including the content, size, and position. Lastly, take the PlanarTransform node, hold down Shift on your keyboard and drag it in-between the Text and Merge node. You’ll see that your text is now following the position of the tracked area. Of course, you can choose to track different objects to the Planar Tracker node or add more new shapes or other images to your final composition. All in all, this node-based workflow takes compositing to a whole new level by providing a plethora of options to organize all the elements in a simple layout while giving you full control at a glance.