For digital cinema cameras, the Canon EOS C300 Mark III is one of the best to come out in recent times. It has a familiar form factor and only improves on the reliable and much-loved C300 series. This time there is a brand-new Dual Gain Output (DGO) sensor that aims to improve image quality in numerous ways.

Particular areas to look at are ISO performance and exposure recovery. Dom from LensProToGo went hands-on with the C300 Mark III and did these exact tests. He also tested using both Canon Log 3 and the raw format to see if there are any differences in performance.

On the front of the C300 Mark III is the ZEISS Otus 55mm f/1.4 ZE Lens. It is usually set to ~f/8 with changes to ISO and shutter speed as the main change. For recovery, the aperture is adjusted more.

For Canon Log 3 the initial ISO tests are recorded in XF-AVC 10-bit 4:2:2 and the grading is essentially just a Rec.709 conversion. Starting at ISO 160 you are seeing perfect imagery. Even ISO 320 is quite perfect and only at ISO 640 could you start finding anything. At 800 there is another small jump in noise though still very, very good.

Moving up to ISO 2000 you could see a more broad addition of noise, though it takes until ISO 2500 to get to a “noticeable” point. Still very usable. At ISO 5000 it is there, but functional and likely the end of the line for most people.

Compared to the predecessor, this is a huge improvement. In an absolute pinch, those top ISOs are still available while before there was a lot more color shift and contrast issues. Up next are the over/underexposure tests. It will again be done in XF-AVC with Canon Log 3 and in raw.

Going with XF-AVC first, one and two stops over are not an issue for correction—though there is a slight color shift at 2 and over. Three stops is doable, but it is definitely at the line and needs some work. Four stops over is where you are starting to potentially lose information and five stops is absolutely an issue.

Underexposure is fine for one stop under, but two stops here became an issue for grading. You will start seeing noise and losing information. Three stops under showed serious color shifts. Four stops is just a ton of noise and five stops is not very usable at all. 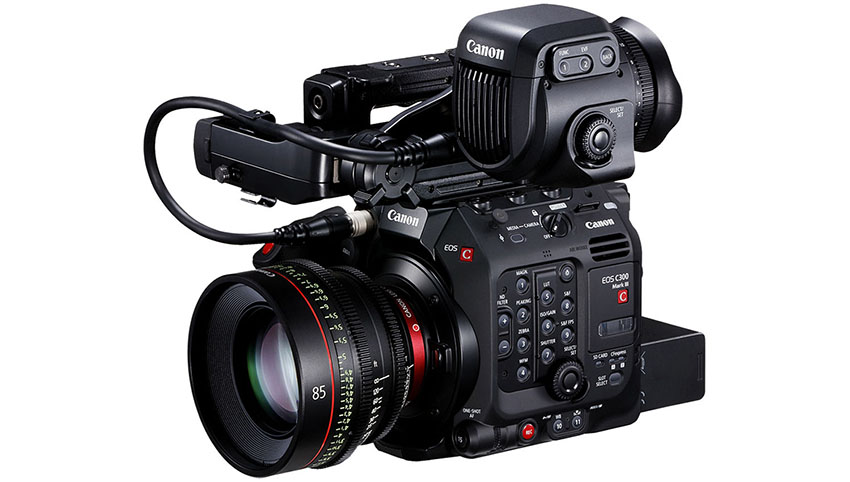 Raw should bring some improvements here. For overexposure, it was able to be pushed all the way up to three stops without losing much of anything. Four stops are impressive and totally usable. It isn’t until five stops where you see some slight clipping.

For underexposure, you will start seeing noise quickly. One and two stops are fine, but noise is showing up. Three stops is getting to the line of usability due to noise, but it isn’t losing too much information. Four and five stops are problematic.

The C300 Mark III’s DGO sensor is a huge improvement over its predecessor. Plus, raw video offers very visible advantages for moments when you aren’t in full control over the scene.

How did you think the C300 held up to these tests?