The 4K/2K Raw option on the Sony FS5 makes it kind of a big deal and can transform the little camera into a 12bit cinematic beast. Sony ICE Alister Chapman explains how to get started recording Raw from the FS5 on external recorders such as the Odyssey7Q/7Q+ and Atomos Shogun Flame. As an FS5 owner, I am planning on shooting at least my next two upcoming narrative projects on the Sony FS5 using a 4K Raw to ProRes conversion.

Getting setup with the Raw option on the FS5 can seem a bit of a convoluted process at first, but it’s not that dense. Alister Chapman, who is a long time Sony camera user and Sony Independent Certified Expert goes over what you need to know to setup your FS5 with an external recorder such as the Atomos Shogun Flame or Convergent Design Odyssey7Q+ in order to record any of the Raw resolutions and frame rates.

Before you start outputting Raw from the FS5 to an external recorder, you have to purchase the purchase the CBKZ-FS5RIF Raw upgrade from your local supplier, which currently sells for $499 at authorised dealers like B&H, Adorama for example.

The FS5 Raw license comes in a small box and contains a piece of paper on which Sony have issues a special numeric code and instructions on how to generate the unlock key specific to your camera by visiting a special Sony website.

How to install the Sony FS5 Raw License Summary:

Once you’ve done this, you are ready to setup your FS5 to output 2K or 4K to a compatible external recorder.

Important considerations when shooting Raw with the Sony FS5: All external Raw recorders are not unfortunately created equal; therefore it is important to know what you can record with each. Here’s a breakdown of what frame rates and compressed codecs you get with each model: 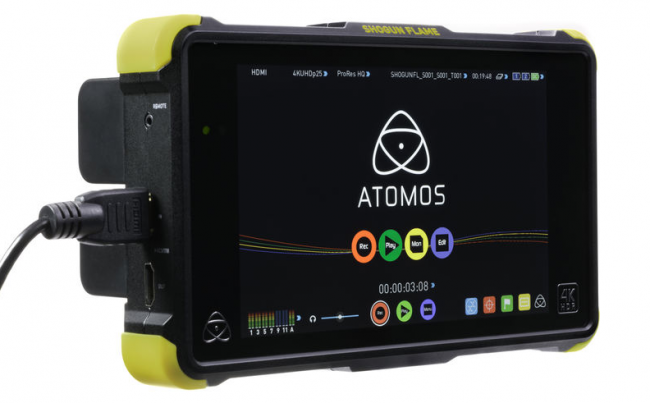