Average consumer drones are actually very easy to fly. Believe me, they are. The latest have all sorts of sensors and settings that essentially try to stop or prevent any potentially dangerous action before you even have a chance.

They also have fairly obnoxious warning sounds that I most certainly have set off when trying to fly in some less than ideal conditions. FPV drones basically take all those safeties off in the name of giving full control to the pilot.

FPV drones are the ones you see in the racing leagues and pulling off those insane flips and spins in midair going as scary fast speeds. How about tossing a RED camera on one of those? Gene Nagata, aka Potato Jet, did that with the help of NURK FPV, a serious pro in the FPV drone arena.

FPV drones are tough to work with. Without any of the fancy safety technology and the tempting ability to do a ton of cool tricks it can quickly go wrong.

The shots you can make are absolutely incredible though. I’m talking about those epic shots with flips and twists and dives around fast-moving subjects such as cars. It has to be thrilling to fly as well with the first-person perspective. 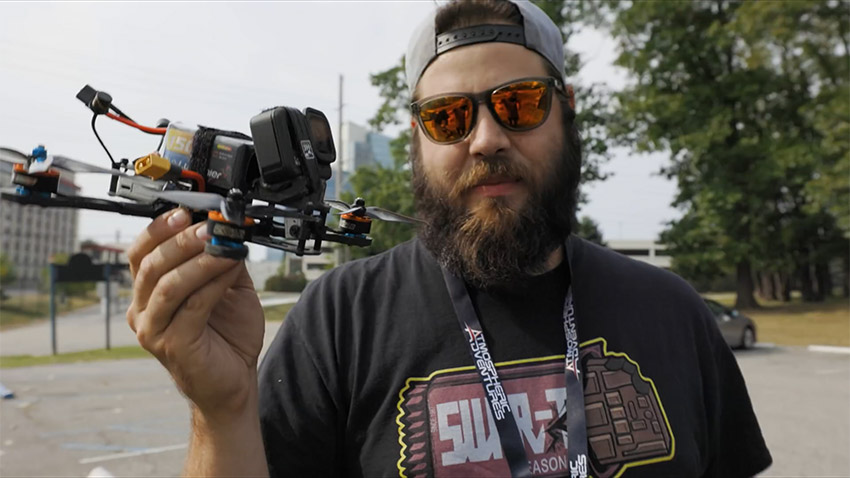 Part of what makes them though is that they are designed to go fast. To account for always moving quickly the cameras they mount to them are actually set at an angle so that it is level during the flight.

Even the larger copter they set up with the RED is angled slightly backwards, so you know it’s going to be going quick. They did say 100 mph in the title. 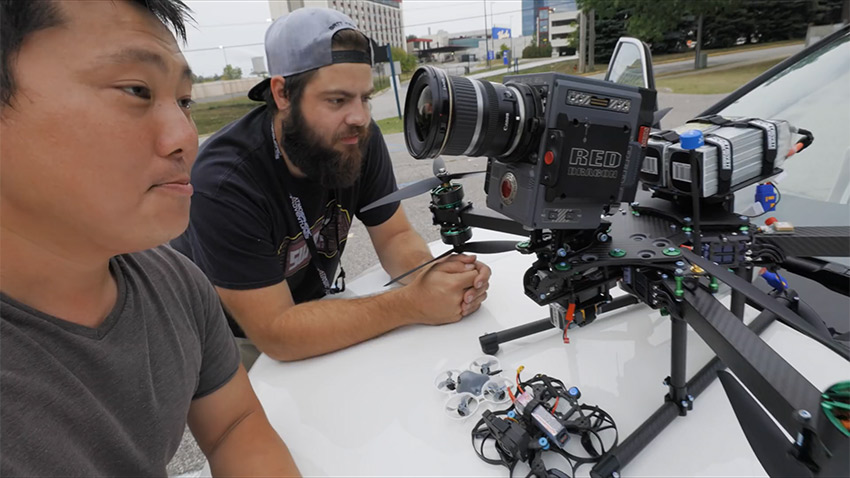 Even with the tiny drone they were pulling off some cool shots. Imagine getting that with RED quality. To be honest, this video is just a ton of fun to watch. Is it some practical advice? Not really though not everything has to be. Watching it fly around and the actual footage is cool. 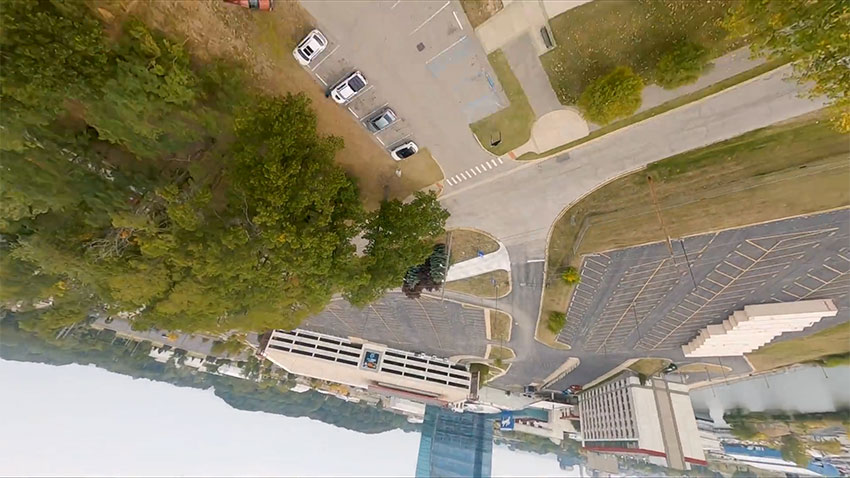 There is one piece of good information tucked away at the end and it is essentially just to make sure you are following all the rules and regulations for flying a drone in your area.

Just because it’s a small FPV drone for fun it doesn’t mean you can do whatever you want. The FAA can still fine you.

FPV drones are always something I’ve heard about but never really looked into. After seeing some of this footage it sounds like a lot of fun. I’m not sure I would ever mount one of my cameras to a drone like this, but a tiny one would be nice to have.

It is also something to consider if you have a particular shot you always wanted and never thought was possible. Maybe don’t do it yourself though.