Whenever someone does an in-depth comparison of a bunch of cameras, there is always one model that ends up on the bottom and a bunch of people come out to challenge the results. The latest battle was between the preamps of all the latest video-shooting DSLRs and mirrorless cameras. Surprisingly, it was the highly-regarded Sony a7 III that didn’t pull its weight. But is that the end of the story?

When DPReview first published their comparison, they made sure to eliminate as many variables as possible. Everything seemed like the tests should be accurate. However, loads of Sony shooters came out to share that their experiences don’t line up with these results. To help figure out what is going on, Gerald Undone performed his own tests of the a7 III against the Panasonic S1H.

Gerald’s testing makes sure everything is as equal as possible, using a Rode VideoMic NTG set to a gain of 7 with each camera. The camera’s themselves are set to some of their best gain settings, with Sony sitting at it’s lowest of 1 and the Panasonic set to -12dB (matching the minimums of the S1 and GH5). 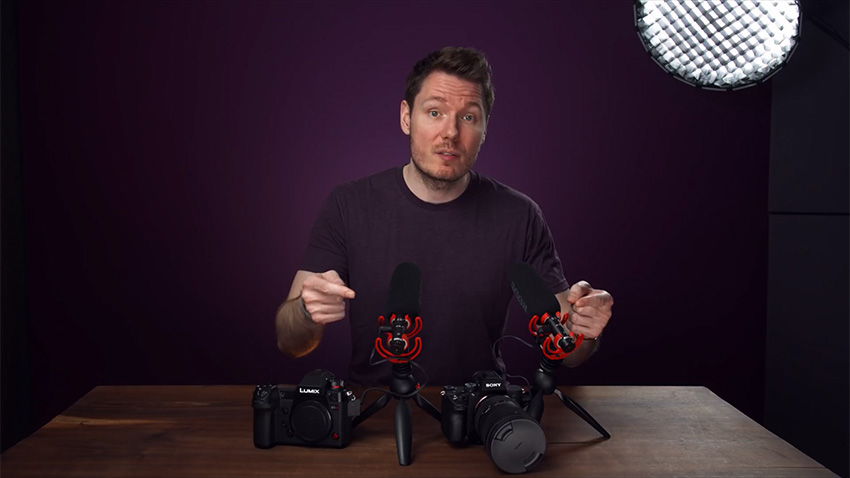 Bringing the audio into Adobe Audition and performing the expected normalization everything sounds good to my ears. There are some subtle, subjective differences between how the audio sound, but nothing that would have me choose one camera over the other. When the silence is analyzed, Gerald even found that the a7 III is slightly less noisy than the S1H. Interesting.

Performing a second test, Gerald then sets the a7 III to a more real world setting of 7 on the audio levels and the S1H to its theoretically best setting of -18dB. This should reveal any differences between the two. And… the same results. Both sound great. The final test tried to get everything closer during capture by adjusting the mic gain and camera settings, and the results were still consistent. Gerald does say that he prefers the a7 III’s sound, but keep in mind that he is basing this on his mic choice and his voice and you could have drastically different results. Gerald Undone’s tests do at least show that Sony shooters shouldn’t worry too much about these results if their equipment is working just fine.

Even DPReview took another look at their results and retested with a new camera and different mics and found that generally the preamps are quite good, actually. There is one huge caveat, though, and that is that some audio gear seems to bring out the problem and others do not with no clear explanation as to why. It is always highly recommended to test out any gear you can before a purchase, or at the very least check online forums or read and watch tests to find out if other are getting good results with the equipment you want.

This was a fun little battle to check out now wasn’t it?