As I am sure those of you working on TV, commercial, and film sets are already familiar, LiveGrade Pro is an industry standard software that DITs all over the world work with on a daily basis on set to provide on-set look management. Thanks to its extensive scalability and superior integration with various camera workflows and setups, LiveGrade Pro has become a vital part of film, TV and commercial shoots; DITs and DPs rely on LiveGrade Pro on a daily basis to simplify their creative workflow and enhance on-set collaboration.

Pomfort have also been great with consistent and frequent updates to their software. As I said before, they recently announced LiveGrade Pro Version 4.0, which introduced an innovative and automated way of logging and organizing camera metadata; a must for large scale productions. The previous verison of the software – LiveGrade Pro version 4.1, gave DITs additional metadata support from the latest Sony VENICE 6K Full-frame CineAlta camera (with firmware 2.0 installed), and now Pomfort are expanding their support to the Panavision Millennium DXL2 8K camera, which has a RED Monstro 8K VV sensor; you can read more about this insane camera in my previous post here.

With the latest update LiveGrade Pro version 4.2 adds support for an in-camera grading workflow with the Panavision DXL2 giving DITs and DPs the ability to upload looks into the DXL2 camera. This applies the look e.g. to the viewfinder, but also adds the look metadata to recorded clips. An additional LUT box can be used for interactively adjusting the look based on the log output of the camera.

Check out this awesome demo with Michael Cioni of Light Iron/Panavision of the new workflow functionality that LiveGrade Pro 4.2 offers DITs using the DXL2: For pricing details and to download the latest LiveGrade Pro version 4.2 head over to Pomfort’s website here. 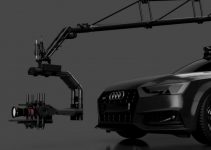